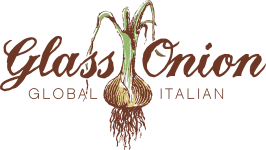 WEAVERVILLE — Being an entrepreneur doesn’t always have to be a blind leap of faith.

Consider Natalie Byrnes and Eddie Hannibal, the husband-and-wife team who opened the Glass Onion restaurant on Weaverville’s main drag about three months ago. The two bring big-time restaurant credibility from their former home base on Long Island, N.Y. Both were chef/operators at separate restaurants in The Hamptons, the tony getaway for big city types.

Byrnes worked at Robert’s, a highly regarded fine dining eatery in Watermill, N.Y., while Hannibal worked at the beloved pizza place World Pie in Bridgehampton, N.Y. Both had decades of experience but were ready for a change and ready to own their own place.

After a little research, they settled on Weaverville and opened the Glass Onion, which features northern Italian fare. They’ve been busy building the business since. The Citizen-Times caught up with the two during a recent rainy afternoon to learn more:

Question: How did you end up in Asheville?

Byrnes: We’ve come down here before for vacation, and we looked at a couple of restaurants. We knew we wanted a change. We had been in the Hamptons doing restaurants for years. We looked at Sacramento, other cities. Asheville seemed like a good location, but it was too saturated with restaurants. This space popped up the day we were supposed to fly back to New York. It just really clicked. It was the community we were looking for, and, at the same time, I think they were looking for a restaurant like ours.

Byrnes: Yes. We’ve been doing that a long time. We had farmers as our neighbors and fishermen at our back door. We had farmers growing for us. That’s what helped us pinpoint here — the availability of the farmers and building those relationships. This week, I joined ASAP to get more information about the farmers out there.

Q: Tell me more about the style of food your doing.

Byrnes: Mainly northern Italian, because it’s clean, very simply done. We’re buying beautiful products, and we’re keeping it simple. We’re doing Sunburst Trout Farm trout, for example, pan roasted with simply done vegetables. I worked the French style for years, and it was heavy, lots of sauces. That’s what I like about Italian — that it can be so simply done.

Q: Why the name Glass Onion?

Hannibal: We were hemming and hawing. At first, we were going with the Two Toques. I was telling my dad, and he said that’s hard to say. Natalie’s dad is a huge Beatles fan, so he said Glass Onion. (“Glass Onion” is the name of a song on The Beatles’ album commonly referred to as the “White Album.”) I liked that. We weren’t sure we were going to go with Italian at the time, so the Glass Onion worked well because it didn’t dictate our food style.

Q: How is everything for you so far? Any lessons learned? Any advice?

Byrnes: We’re just kind of moving along. I sort of forgot how long it takes to get established, that you have to sell yourself, your concept. Eddie and I had built our reputations in the Hamptons. Now, we have to sell ourselves again.